The megalodon is an extinct species of shark that lived roughly from 28 to 1.5 million years ago, during the Cenozoic Era (late Oligocene to early Pleistocene).
Megalodon is regarded as one of the largest and most powerful predators in vertebrate history. Fossil remains indicate that this giant adult shark reached a total length between 52 ft and 80ft. Scientists suggest that megalodon looked like a stockier version of the great white shark. 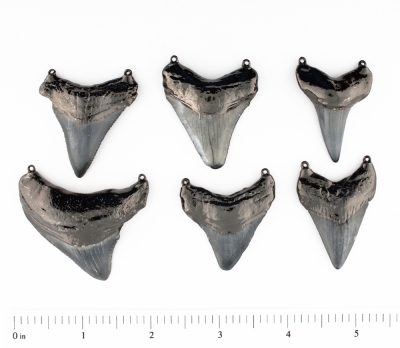